Sunset at Quito Polo Club with Quito in the background

Two weekends ago was the final of the Audi British Polo Cup. The final was a gripping game between ‘London’ (with one English player – Harold Hodges) and ‘Rio Blanco’ a young Ecuadorian team with one Argentinean. It was a great day out with excellent polo and beautiful horses. Below are some of my pictures including one of the matches played earlier in the week.

The Quito Polo Club was founded in 1905 but has moved several times over the last century and has settled in it’s new location in Checa with four stunning pitches at 2,500 meters above sea level and surrounded by mountains. On a clear day one can even see Cotopaxi puffing ash into the atmosphere. The hound has returned to quietly watching polo on the sidelines like she did as a young pup in Sudan.

A few photos from the earlier matches on Wednesday. Although the light was fading we were rewarded with the mountains turning a fabulous pinky purple as the sun went down. 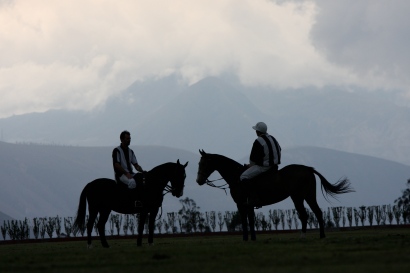 The final on Saturday between Rio Blanco and London. 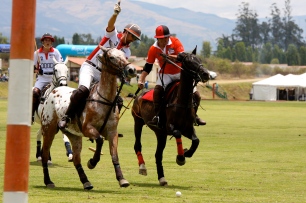 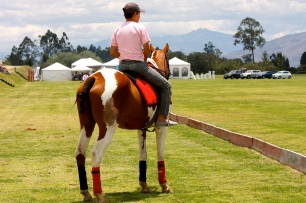 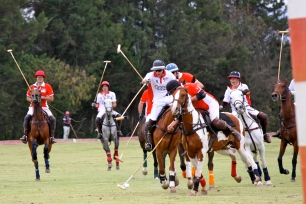 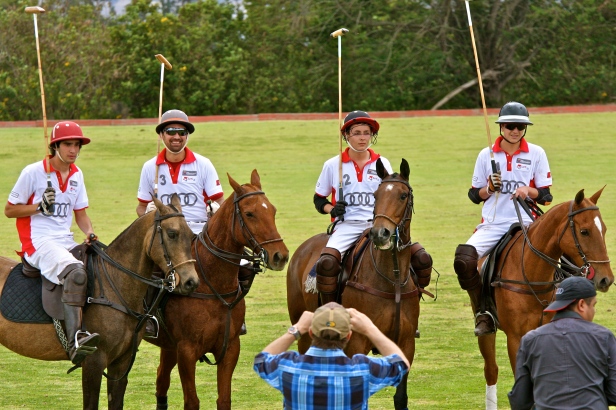