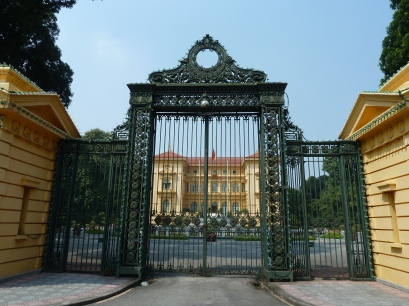 A rather ironic statue of 'liberty' in colonial Hanoi

The French were in Vietnam from 1873 until 1954, with Hanoi becoming the capital of French Indochine in 1887. While the old quarter was left intact as a distinctly Vietnamese part of the city, the French reworked much of the rest of the city to create a European style city. Hanoi was previously inundated with little lakes, many of these were drained to prevent malaria and create the lakes which one sees today. 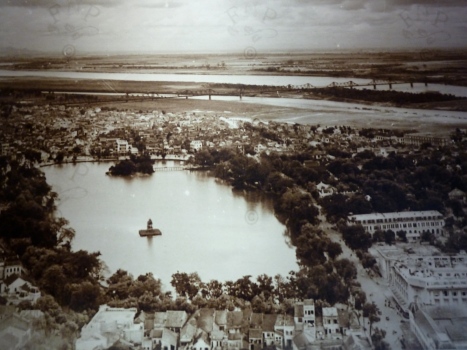 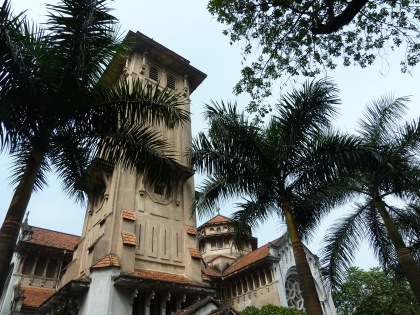 Hanoi was designed to reflect the power of France in the Far East. After initially establishing barracks on the former site of the Citadel, more of the city was developed around that area and South of Hoan Kiem Lake.  Many of Hanoi’s historical buildings were destroyed to emphasize France’s authority, for example, Saint Joseph Cathedral was built in 1886 on the site of a razed temple. 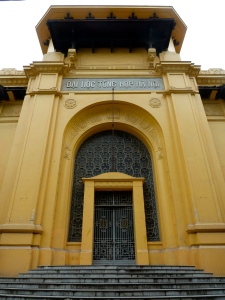 In 1923, Ernest Hebrard became head of Town Planning and Architecture Services. Many of the buildings he designed, such as the Ministry of Foreign Affairs, the University, and the History Museum, bear his distinct Indochine Style, which blended Eastern and Western traditions. 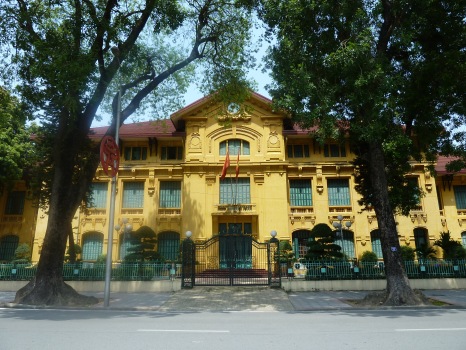 Today: The building that is on the right in the old photograph 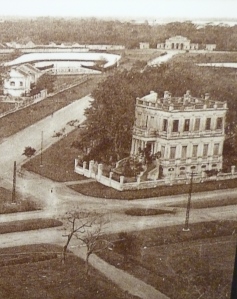 The tree lined boulevards, villas, churches, hotels, and grand government buildings still dominate the city and give Hanoi a very distinctively French feel, despite the French having left over fifty years ago.

Most of the city has remained intact despite allied bombing of the Japanese in World War II, followed by American bombing during their war with North Vietnam.

As the city has expanded and grown wealthier in the last two decades, many of the old buildings remain but they are now partially obscured by the huge colorful shop signs of a far more modern city. I spend a lot of time looking up, constantly spotting beautiful buildings hidden beneath layers of additions. 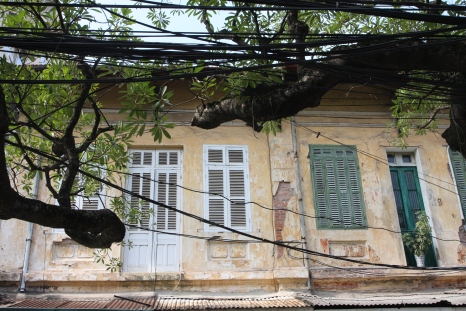 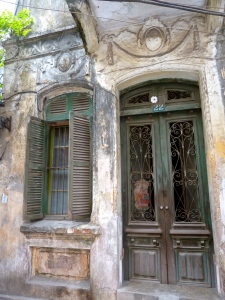 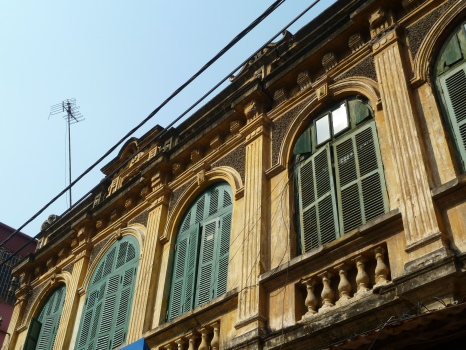 Some of the buildings have been refurbished as Ambassador’s residences while others crumble away. All the picture were taken while wandering around with the Hound. 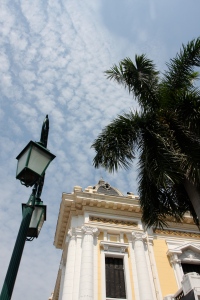 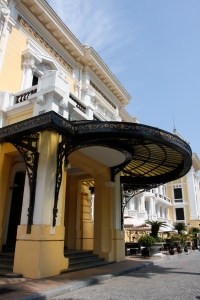 For more information about different architectural styles and city walks please refer to the very useful guide ‘Vignettes of French Culture in Hanoi’ produced by Friends of Vietnam Heritage.